Artificial Intelligence (AI) brings the promise of increased productivity and economic development. But the benefits of AI are not guaranteed to uplift all communities equally. AI is nothing without human intelligence. It can do nothing without the humans to develop, use, check and steer AI as a tool to change the world, believes Dr Jacques Ludik, smart technology entrepreneur, founder of the Cortex Group and founder of the Machine Intelligence Institute of Africa.

In developing nations, and on the African continent in particular, the uptake and impact of technological and other developments is often slower than in other parts of the world. While pockets of development exist on the continent – as a source of work, education and access – much of Africa remains trapped in a cycle of poverty. According to a report by the World Bank, seven of the 10 most unequal countries in the world are in Africa, most of them in Southern Africa.

An Oxfam report, released in 2017, found that only 8 billionaires own the same wealth as the poorest half of the population, stating that wealth is being “sucked upwards at an alarming rate”. In widening the equality gap, the report also stated that the incomes of the poorest 10% of the population increased by less than $3 annually between 1988 and 2011 – in comparison, the incomes of the richest 1% increased by over 180 times as much.

“Pockets of development bring great possibilities to Africa, but they also have the potential to create a social, cultural, educational and economic gap between developed areas and their more rural neighbours,” Ludik says. So, how do we use AI to reduce the cultural, social and economic divide and bring balance to the continent of Africa?

“We often speak of employment as a primary way of bridging the socio-economic divide, but most of this employment exists either in a nation’s major cities or across borders. It exists in the pockets that are starting to move so far ahead of the rest of Africa that it’s becoming near impossible to even apply for a job, let alone qualify for it,” Ludik says. What is needed is to educate all communities, bridging the increasing gap of our experiences of the world, and improve and increase access to jobs (and other services) that aren’t bound by geography, he believes. AI – the very technology that is moving the rest of the world forward so rapidly – has the power to do that.

“This may seem like a stretch when much of Africa is still without bank accounts, smartphones, computers and email addresses – without any way to be exposed to these things. But there is a way to expose, educate and include all communities to services, goods and jobs: We simply need to reframe AI and its counterparts as not adding to the divide, but as solutions to bridge it,” Ludik says.

AI can bring education to people who’ve never left their villages, and teach languages and skills to classrooms from across the world. This is the first step in bridging the equality divide, as over 750 million adults are illiterate, according to UNESCO. The second step is to improve healthcare and food security, Ludik adds. In a world where around half the population don’t have access to essential health services, AI brings the potential to diagnose illnesses and deliver medication. In Rwanda, this is already in play with drones delivering blood and vaccines to remote hospitals, dramatically reducing the delivery time.

Africa remains the continent with the highest prevalence of undernourishment, affecting more than 256 million people, according to the Food and Agriculture Organization of the United Nations’ The State of Food Security and Nutrition in the World 2018 report. But AI also brings solutions to this, with a project by Stanford University looking to map crops with machine learning and remote sensing, to predict the crop yields of soybeans. AI can also be used to assess crop and soil health, to assist subsistence farmers in rural Africa.

“Instead of watching technology and AI deepen the gaps in Africa; instead of falling further behind the global economy, let’s use data, algorithms and our wealth of apps, screens, augmented realities, drones and sensors (to name a few) to fill them,” says Ludik. “AI is a tool in the hands of humans – without human intelligence, artificial intelligence cannot exist. That is why the onus is on us to use this tool to create meaningful change.” 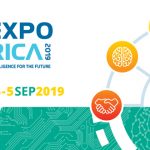 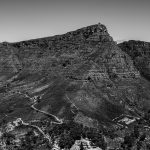 Cape Town Has Potential to be Leading AI Tech HubNEWS